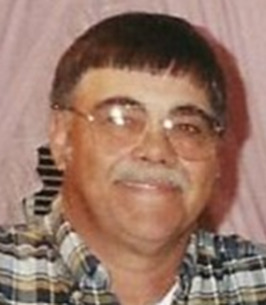 Memorial Candles Lit for Jack | SEE ALL
Light a Candle
"We are honored to provide this Book of Memories to the family."
— Walden Funeral Home
Funeral Details Memory Wall Photos & Videos Send Flowers

Print
Jack L. Williams, 73, died on Friday, October 26, 2018. He was born August 23, 1945, in Louisville, to the late Albert Thomas and Violet Berry Williams and is survived by his wife of 52 years Glynda Cooley Williams.In his early years, he lived in Kentucky, Florida and California. After his marriage to Glynda, they lived in California for a few years before settling in Perryville, Kentucky. Jack was a long-haul truck driver for 30 years with a perfect driving record. He was a member of North Rolling Fork Baptist Church and a Kentucky Colonel.In addition to his wife, Glynda, he is survived by daughter, Rebecca Lynn, of Lexington, son, Tommy (Stacey) of Clarksville, Tennessee, four grandchildren, Olivia, Micah, Tristan and Colby, and three great grandchildren, Sunny Rae, Macey and Cooper. He is also survived by his sister, Anita (Dennis) Haulk of Campbellsville and two brothers, Roger of Odessa, Texas, and Donnie of Lordsburg, New Mexico.The funeral service will be 2:00 p.m., Tuesday, October 30, 2018, at Walden Funeral Home Perryville. Burial will follow in Hillcrest Cemetery. Visitation will be 5 – 8 p.m. Monday, October 29, 2018, at Walden Funeral Home.In lieu of flowers, the family requests donations be made to Gideon’s International.

To send flowers to the family of Jack L. Williams, please visit our Heartfelt Sympathies Store.

We encourage you to share any memorable photos or stories about Jack. All tributes placed on and purchased through this memorial website will remain on in perpetuity for future generations.

TM
Love and Prayers for your family. So sorry for your loss. Love In Christ, Twila.
Twila Marquart - Wednesday October 31, 2018 via Condolence Message

WL
To Rebecca Williams>I am sorry that you lost your Dad. I will put you on the prayer list at church.I love you.Ricky Lacy
Willie Lacy - Monday October 29, 2018 via Condolence Message

WL
Sending love and prayers to Glynda and family in loss of Jack Williams.We have shared so much together. May your load of sorrow get lighter as the days go by.Reasure Rebecca that she has a BIG hug waiting for her from the Lacy's. When peace like a river attendeth my way, when sorrows like sea billiows roll, what ever my lot,Thou hasttaught me to say: " It is well, it is well with my soul."The Lacy's, Willie, Mildred and Ricky
Willie Lacy - Monday October 29, 2018 via Condolence Message

DM
My husband Ron McGee knew Jackie through his friendship with Donnie when they lived in California. He liked Jackie's straight to the point, kind of view Ron had told me.
Diana McGee - Monday October 29, 2018 via Condolence Message

MB
Glenda, Tommy and Rebecca I am praying for you all at this time. I am so sorry. May God bless you at this time.
Mary "Gigi" Burton - Sunday October 28, 2018 via Condolence Message

Simply Elegant Spathiphyllum was purchased for the family of Jack L. Williams.
Sunday October 28, 2018 via Condolence Message
1 2 next page >>
Page 1 of 2
Share
×

Thank you for sharing!

Provide comfort for the family by sending flowers.

Or use your email:

Provide comfort for the family by sending flowers.

Connect with families at their time of loss. By subscribing to email updates, you will receive two daily updates containing all new stories, photos, candle lightings, condolences, and more.