To share your memory on the wall of Oscar "Sparky" Sparkman, sign in using one of the following options:

To send flowers to the family or plant a tree in memory of Oscar "Sparky" Sparkman, please visit our Heartfelt Sympathies Store.

There are no events scheduled. You can still show your support by sending flowers directly to the family, or planting a memorial tree in memory of Oscar "Sparky" Sparkman.
Visit the Heartfelt Sympathies Store

We encourage you to share your most beloved memories of Oscar "Sparky" here, so that the family and other loved ones can always see it. You can upload cherished photographs, or share your favorite stories, and can even comment on those shared by others.

Posted Nov 27, 2019 at 08:16pm
Condolences to the family during this difficult time. I wish that I could have met the farther of my wife Darien and shared our lives with him. Travel safe Mr Sparkman may you find peace.
Reece Specis
Comment Share
Share via:
LG

Posted Nov 27, 2019 at 01:25pm
So sorry for you loss! Sparky was always so kind and caring. Prayers and Hugs to you all!!
Deanna and Ricky
Comment Share
Share via: 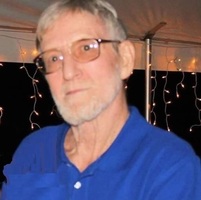