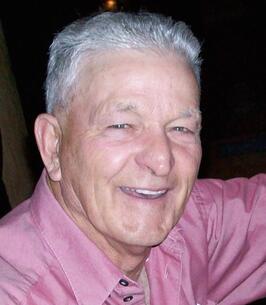 He graduated from Marion County High School in 1955. After high school he served in the Kentucky National Guard for 10 years at the Springfield Armory. He married his high school sweetheart on December 28, 1957 in Marion County at Haysville Baptist Church. He attended Wesley Chapel Methodist Church and Manna Harvest Church.

He owned Elliott Construction and was a heavy equipment operator for 60 years, having worked throughout central Kentucky. He enjoyed shooting and hunting with his family and friends on his farms.

He was preceded in death by his parents and his oldest son Michael B. Elliott.

Funeral services will be at 2 pm Friday, August 13, 2021 at Walden Funeral Home with Bro. Jerry Lanham officiating. Burial will follow in the Haysville Cemetery. Visitation will be Friday from 11 am - 2 pm.