To share your memory on the wall of Danny Cooper, sign in using one of the following options:

To send flowers to the family or plant a tree in memory of Danny D. Cooper, please visit our Heartfelt Sympathies Store.

There are no events scheduled. You can still show your support by sending flowers directly to the family, or planting a memorial tree in memory of Danny D. Cooper.
Visit the Heartfelt Sympathies Store

We encourage you to share your most beloved memories of Danny here, so that the family and other loved ones can always see it. You can upload cherished photographs, or share your favorite stories, and can even comment on those shared by others.

Posted Aug 28, 2019 at 10:26pm
Derail you were one of a kind and I thank God that he let our paths cross, I never saw you without a smile and you could make other people smile even when you didn't realize it. I know it has been over 30 years since we met and I am thankful for each and every time we would get together at the Eagles Club and have our laughs. I know you are smiling down on a lot of us now but you will always be missed and one day we will meet again but until then keep that smile and RIP. Lloyd and Vickie Bowling
Comment Share
Share via:
JC

Posted Aug 27, 2019 at 11:03am
Danny "D-Rail" Cooper Was a Great Friend and Person.Never a Dull moment when with him,He was so Fun to be around and will be Greatly Missed by many! My sincere Condolences to The Family....
Comment Share
Share via:
PH

Posted Aug 26, 2019 at 08:21pm
In loving memory of Danny "Derail" Cooper... you have touched so many lives... your laugh, your smile... your wonderful sense of humor will be missed by all of us who love you. Godspeed, my friend. 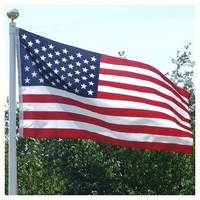 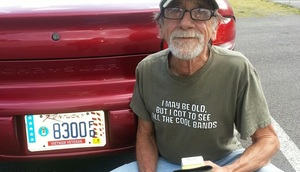 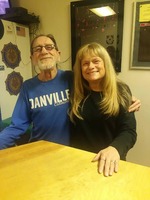